How Long Does it Take to Build a Healthcare App?: A Timeline 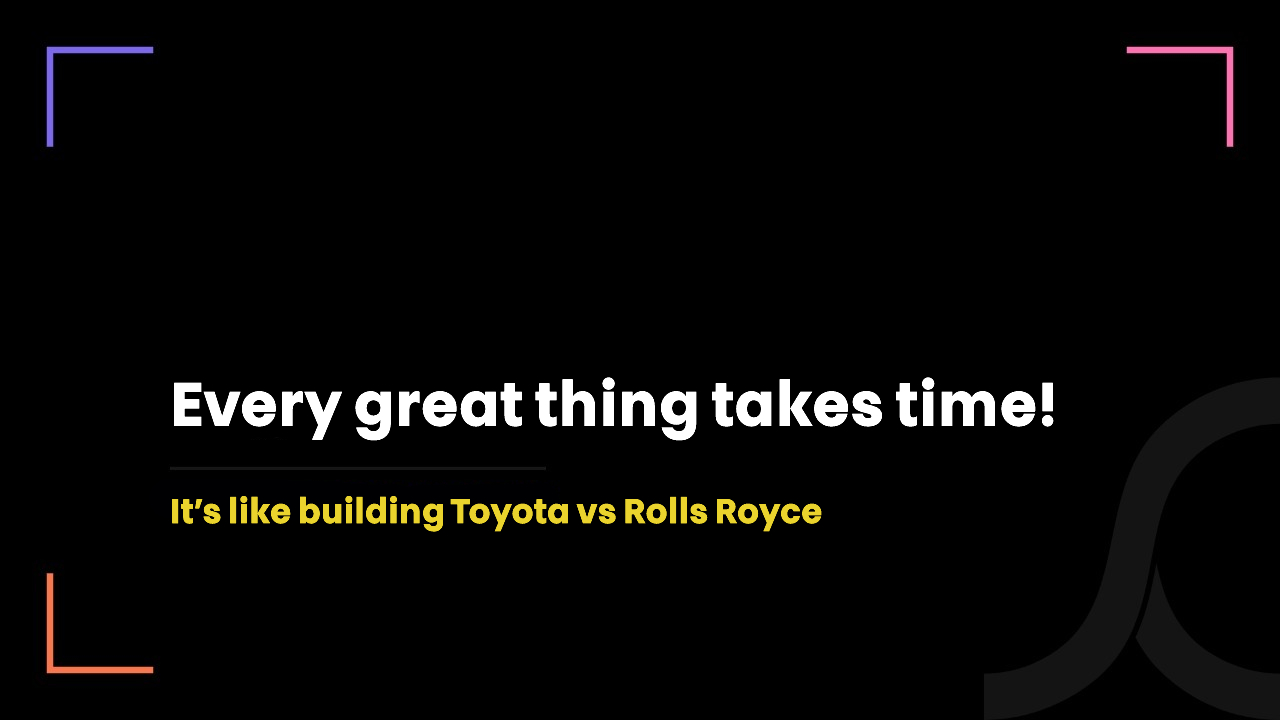 Everyone we have conversations with regarding their healthcare app idea asks us the same question - how long does it take to build my healthcare app?

This is a very valid question and they deserve to ask it. But a few of them have the impression that healthcare app development is a matter of weeks.  This is something they are wrong about.

There are multiple factors such as UI/UX, integrations, and team size that influence the time of medical app development. But the two major factors are app complexity (feature set) and development platform (iOS, Android).

Refer to the following table to have an idea of the app development timeline.

Why can’t we build and deliver a healthcare app in weeks?

You must be wondering why it takes so long. So, let us tell you one thing - building a healthcare app is not a task, it is a process. And this process has 17 steps.

In other words, app development is not just about coding. There are several other phases such as,

Thus, because of this long process which we can’t skip if aiming for a successful app, it takes so long for healthcare app development.

This breakdown will give you a better idea of where healthcare IT companies invest their hours and efforts.

Why does it take less time to build a cross-platform healthcare app as compared to native apps?

If you have observed in the previous table, we have mentioned that a cross-platform app is faster to build. Ever wondered why?

Because of this, developers take less time to build a cross-platform app as compared to the native app.

Building a healthcare app is not similar to building apps belonging to other industries. Because, in healthcare, you must aim for precision, clinical workflows, and most importantly compliance.

However, there are majorly 3 app deliverables which consume most of the development time.

To integrate 3rd party healthcare systems such as EMR, EHR, and PACS with healthcare apps, developers have to consider interoperability standards such as HL7 and FHIR which takes a lot of time. After development, it also takes time to test whether the integration is accurate.

To accomplish complex app modules working on AI, machine learning and IoT technologies, developers have to put extra effort and so does the time.

Among all, building IoT-enabled healthcare apps is very time-consuming as here, developers have to achieve compatibility between IoT hardware and mobile apps.

Healthcare is a highly-regulated industry. There are several federal and provincial data privacy laws that apply to healthcare mobile apps.

Thus, developers must build healthcare apps as per the technical requirements of applicable data privacy laws. And this unavoidable practice consumes a lot of time.

A long healthcare app development timeline is okay. But delayed app delivery is not!

Delayed mHealth app delivery is very common in the healthcare industry as companies generally end up estimating timelines wrong. Or, they face unpredictable challenges while in the middle of the app development lifecycle.

This is why it is crucial to have only healthcare-specific IT companies and IT experts working on your app project. They don’t cut the corners. They know what is coming ahead. They deliver what they promise.

If you are in search of such a healthcare-specific IT company, you can consider us. We have been doing purely healthcare IT for more than 7+ years. And as a result, we have ample experience identifying and solving healthcare challenges with our tech knowledge.

What we are known for is delivering peace of mind along with clinical value, packed with a most robust healthcare app, all within the timeline!

The most practical way we practice at SyS Creations for on-time healthcare app delivery - The Agile Model!

The agile model is the most tested approach to delivering apps within a timeline. Thus, we have been following this for years and every time successfully deliver apps before the deadline.

Under the agile model, we break down the entire project into small specific tasks, milestones and deliveries called sprints.

We generally run a sprint for one week with a set of activities: sprint planning, daily scrums, development work, sprint review and sprint retrospective.

After one week of the successful sprint, we work on another sprint in the next week. This is how we achieve all deliverables in small iterations which enable us to achieve smaller goals that eventually lead us to the ultimate goal completion.